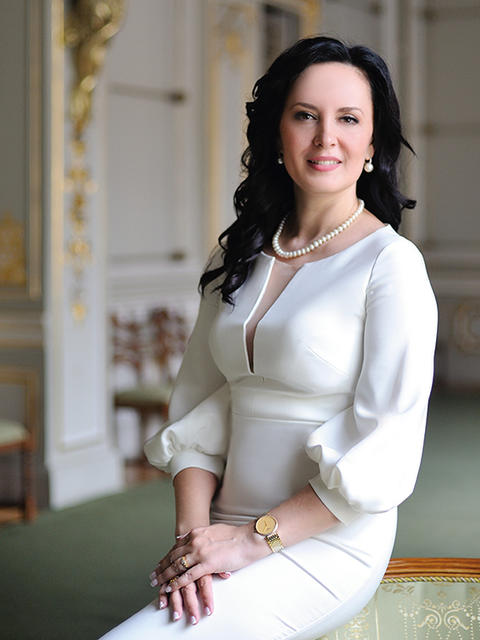 Mother`s image evokes the sweetest associations in most cultures and the word «Mother» would always remain sacred for us. The word «Mother» takes us back to a place where we have felt safe and have been perfectly cared for. Mother`s main mission remains to give birth and take care.

Dedicated to all Mothers of the World

More than 8 billion people live on our Planet and all of us are born by our mothers, the woman who brought us to this lively world, into matter. A man as a Father begets a life and is a carrier of the grain of life. Father and Mother conceive a child and brings the same to appear in Matter. Both of these figures are of significance for the human kind as the beginnings that brought us into existence and to which we owe our presence in the universe. Our Planet happens to be a birthplace of human beings as physical objects and a place where things develop as creation. So many people are born on earth! and every person is a unique and an offspring of two families, father`s and mother`s, and hence a new branch of a family tree. A new history begins with a birth of a child. Mother is the first family member for a newborn that he meets in this huge world. Surprisingly, nothing of this kind can be found anywhere else in the universe, everything moves, vibrates, gets organized and disorganized, and reorganized… and it is Life, but we can perceive reality of Matter only through the fusion of the of Father`s and Mother`s figure and only here on Earth. It is essential for a person to feel gratitude towards the Mother`s figure, and then, develope further, to come to upto the Father`s figure. At a time like this it is absolutely necessary to pay special attention to the Source. Today`s conversation is devoted, precisely, to the image of Mother.

Mummy. It is the first word babies utter, and, amazingly, this word sounds similar in all languages: mama, mata, madre, maa. Since the dawn of time people have regarded a woman as giver of a new life with reverence. Nature itself and Matter would like the phenomenon of conception to remain a mystery. Even though some technologies enable us to monitor the process of human body but these processes are out of our full control. Even scientists have come to the conclusion that it is impossible to beget a sustainable life without «the fifth element», which is LOVE. The more we delve into the phenomenon of birth the more we see what a miracle that is, and how important human qualities are, and how vital it is to understand the harmony of the body, soul and spirit by a person. We come into this world through a definite family with a certain set of genes and with a history written in our DNA. How these notes will be opened and what will come to surface depends on many factors including the level of thinking and ability, the parents` potential and the quality of the surrounding environment. The first meeting is a meeting with Mother, whose scent is deep in a child`s subconscious and this first scent even evokes certain sensations of the world around. Yes, mother is the first world, and father, in his turn, opens new horizons and encourages to move forward, to learn.

At any critical moment in our life, we involuntarily say «mummy». All of us are mummy`s children, doesn`t matter how old we are. Think a minute to realize that your family has had a great number of mothers and all of them have done an awesome job as well as fathers who begot lives. It means that you are the hope of your family and, as they say, your genes expect you to live the given life.

At any critical moment in our life, we involuntarily say «mummy». All of us are mummy`s children, doesn`t matter how old we are

Physiologists say «A baby is the most miraculous thing on earth», and a mother is trusted to keep this miracle safe. But to keep a child safe and to let it go at the right time without attachment or overprotection is in the nature of true Mother. Whatever the weather outside, a child is supposed to develop not within her but in the outer world, which is full of events. Mother`s main mission is just to live overwhelmed with delight and mother`s best prayer is her calm and perception of the World as a friendly space of Life. 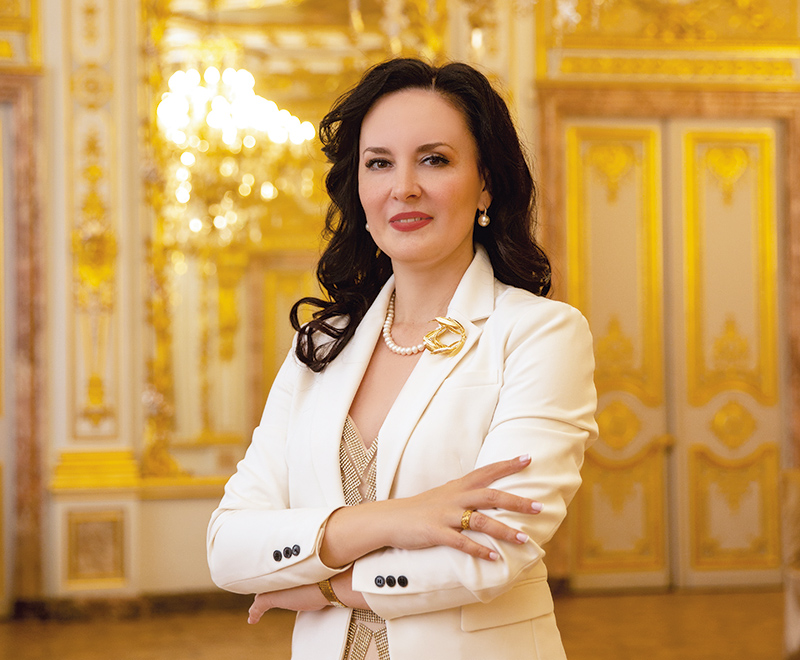 The Nature of Motherhood

The time of Transition. The time of renewal and creation of a New World. Certainly, this is a rough time for the whole humanity and for every person. Speeds are high and life is full of events, our psyche rushes to process the information of the last twenty-four hours and sometimes we can`t help exclaiming «mummy!» or «Mamma mia!» And, consciously or not, people do appeal to the Image of Mother, the Mother, who is always ready to protect life and to protect a child for its Father. Many sources claim the Image of Mother to be the power keeping the World in Matter. Heavenly Father and Mother inspire their newborn with hope, always preserve its true image in their life throughout the whole life. They say that «Paradise is at the feet of mothers» and if we find our Beginnings we will not get lost.

Whether a woman has children or not, she can embrace the mother`s role. The mission is to give birth to life, to emanate love towards humanity, to love people and the whole surrounding world. Such love can be expressed both through a child and a favourite occupation, through creative work, through whatever life has, and it is zest for life. For instance, a woman leader implements her mothering ability in guiding and developing many people and overseeing the processes she is responsible for. Similarly, a woman-politician or a woman-Olympic champion is nothing but an activity meant for creating and achieving harmony. By the way, despite all attempts to misinform the young generation on social networking sites or corrupt anti-media, the hologram of the Beginnings has managed to restore the beautiful image of the youth. Look at our young women figure skaters, gymnasts, chess players and ballerinas, what lively whole people they are! There certainly have been attempts to upset those young women to shake the foundations of our society through the sphere of woman power but wise Mentors have to protect them now and to create the atmosphere devoid of fear, grieve or disappointment. The main prayer of a woman, which is the prayer of silence, the null-state preserving an item of creation, is «Everything is and will be alright».

By the Law of Creation

In todays world where the borders between a man and a woman are blurry, where everything from clothes to one`s way of thinking is unisex- lacks reliability and we can see the consequences for the generation of disappointed strangers. As plain as the truth may be, girls and young women are a value of their families and the whole nation, they are Would be Mothers, and the next generations depend on their choice of husbands. Nature has gifted a woman to subconsciously choose a set of genes for a future offspring, and thus we it reflects the quality of the next generation. The Law of Complement says that the more womanly girls are the more manly boys come to this world. By the way, if you want your daughters to have a fortunate destiny, you need to understand how important it is for a girl to evoke delight or simply a good mood in herself. That means to teach and to learn to be contented and feel delight, no matter what material values she has, and she will be happy. A woman is a keeper of delight by her nature, her inner world is manifested in Matter through her words, feelings or actions. So it appears vitally important to be a successful wife, mother, leader, fitness-lady, but to be truly happy a woman, she should not be an achiever but a home for Life where we can find delight. Let us admit, not all women who delivered are mothers by nature, and not all women who haven`t delivered are not mothers. For being «Mother» means, most important of all «giving birth to Delight».

Take a look at what is going on around us. What power can distort the Beginnings and provide guidance pernicious for further development of human civilization? What power, while casting shadows to the Great Values, make us feel disappointed in the woman and the man, the family and the very image of a person? Who does not wish to witness the real course of events and the prosperity of Conscience and Honor, who benefits from oblivion and delusion? Fortunately, everything has become clear and the encouragers of such vilification are not unknown anymore, so the game is over. Now people see the difference and opt to live by the laws of creation, reviving the dignity of Man. Tenderly trusting in Mother, we are learning to become decent children of Father on our Way. It is such amazing time, when everything is in the same reality, and this is why our attention, consciousness and the necessity to develop consciousness are so important. Now we have more opportunities and it is crucial to declare new trends of developments for humanity and to activate them in society thus being fully aware of the responsibility for the course of development. We need to embrace social demand for the images of Family and Motherhood, intergenerational continuity, mentorship and Father as the founder of Family. We need to discuss, update and, as they say, set the trend for the delighted images of Woman and Man, the sacred image of Mother and Baby. After all, quantum physics confirms that the World becomes the place we see and choose in our consciousness. Someone opts for a world without mothers or fathers, there are only numbers and figures, but your task is to see the world alive and full of unpredictable miracles. That is the world where we find a creative person who builds a world where people have mothers and fathers.

Create your own image of family, learn, enjoy that image and implement the same in life. Even if your family is not large, help other people, at least by supporting the idea of family. Make sure your upbringing and education are good, be more independent, participate in creative projects. Step by step, create happy moments, protect your home from negative and disappointing information which does not provide directions but only causes stress. The path is clear, we just need to stop wandering in the mist of alien information and to start living. Father gave you life, Mother brought you into this world and is always around. It is you who is the world. What kind of world is that? Make yourself friendly, positive, decent, wise and magical. Because you are a miracle. Isn`t it a miracle that out of millions of cells that you were born, came to this world and say the first word «MUMMY!» 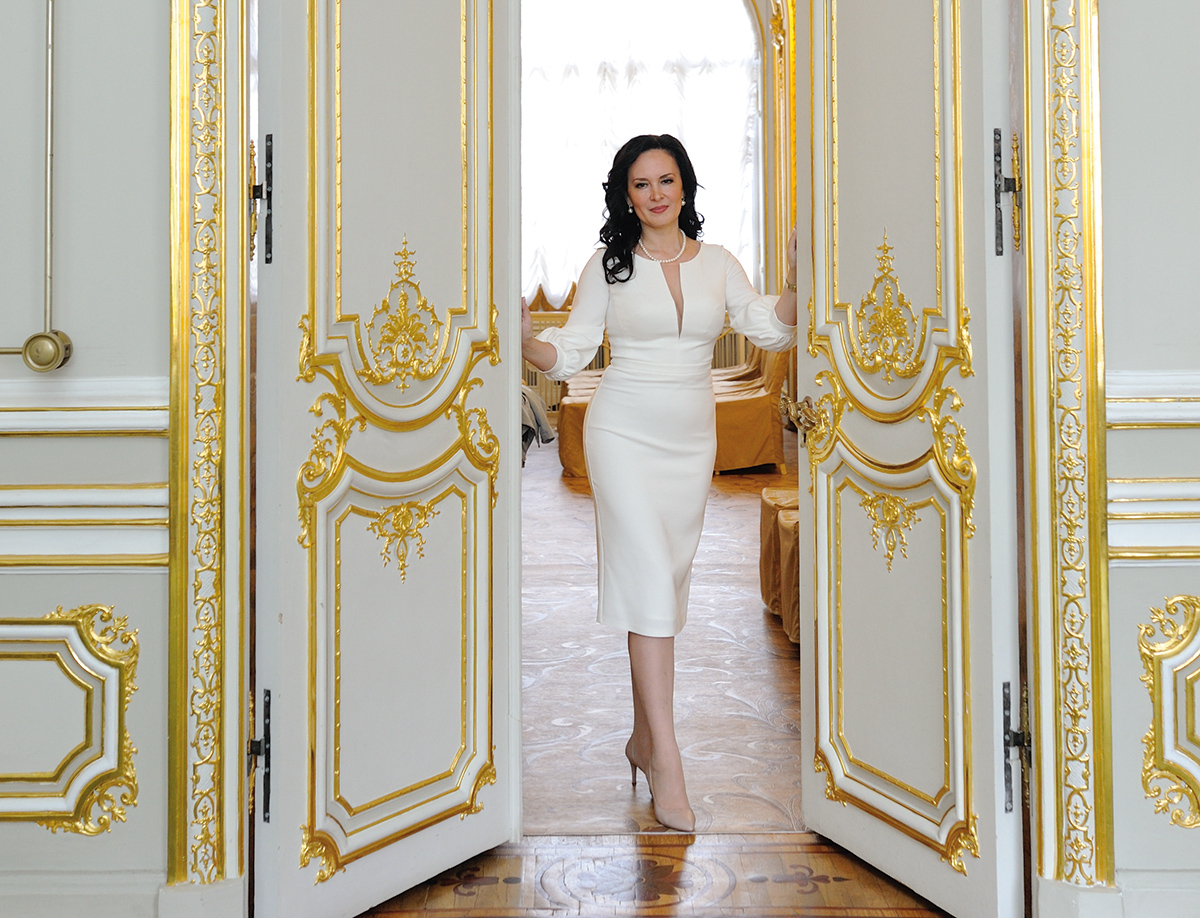